Serving Music as Our Side Dish

When attending a food festival it’s expected that everyone will have full tummies. But at the Cheese Curd Festival, we top off all those delicious cheese curd dishes with a generous serving of music on the side. In fact, this year’s festival has more music than ever before!

Popular regional musical acts, ranging from solo vocal artists to blues and folk acts will perform on three stages. Check out this sampling of what you’ll be hearing this year… 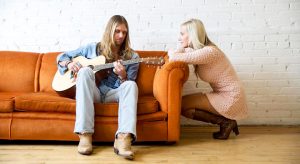 Both critically acclaimed solo artists, it’s when they come together that the magic truly happens. They’re earning a reputation as one of the freshest and most dynamic emerging acts on the blues scene today, and jazz and blues lovers across the country have taken notice.

Sena was born and raised in a house of blues in the Minneapolis area. This influence can be felt in her vocal style as she easily transitions from sultry and coaxing to gritty and gutsy in an instant. Cole’s masterful guitar playing was influenced by his dad’s love of ZZ Top, Stevie Ray Vaughan, and Jimi Hendrix, and his mom’s preference for Smokey Robinson, The Temptations, and Stevie Wonder. The result is a sound that’s earned him a reputation as one of the most exciting singer/guitarist/songwriters of contemporary blues and rock music.

Together their original music is going to transport us from Ellsworth’s East End Park to a smoky, dark blues bar; it’s a performance you won’t want to miss! 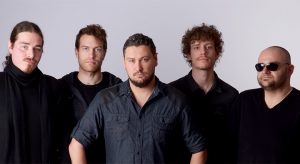 Fans will recognize Mark Andrew from season 4 of The Voice and season 14 of American Idol. Mark and that band will be offering a thrilling performance, complete with masterful musicianship, and unique and soulful vocals.

Imagine taking a powerful and dynamic vocalist like Joe Cocker or Van Morrison mixed with a rhythm section straight out of Stax Records. Then give the musicians the opportunity to let loose. That is what happens when this band takes the stage. Their music is tingling-good, and Mark’s vocals and lyrics pack a punch. Hard to imagine? It’s for real and festival attendees are going to experience it up close and personal at the Cheese Curd Festival!

Howard “Guitar” Luedtke has been playing guitar since the arrival of the Beatles and the Rolling Stones in 1964. He’s been around so long because of a deep rooted passion for playing and a love for what he does. Give Howard a Les Paul guitar and get out of the way. Many who have seen Howard perform have become instant fans of his talented slide guitar playing and his rockin’ electric sound. Yes, Cheese Curd Festival fans are in for a real treat!

Plus many more acts! We’ve got Mark Healey of Badfinger, Chaunté Shayne, Papa Dweeb & Claire, Jack Knife & The Sharps, Brooke Thoen, Blue Groove Bluegrass Band, the Swamp Kings, Tim Fast, and the CCC4 quartet all taking to the stage this year. You’ll find the full schedule of musical performances here. Bring your lawn chair or a picnic blanket, find a shady spot in East End Park, and ease back to take it all in!